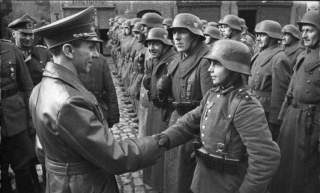 The secret army was the brainchild of Albert Schnez, a former Wehrmachtcolonel who later became an official in the Bundeswehr. Along with other German war veterans just after the war, he worried what would happen if the Soviets invaded. West Germany had no army until 1955, and America demobilized much its own military in 1945, leaving Western Europe vulnerable to Soviet conquest.