The Secret History of the Military’s Fifth-Generation Jets 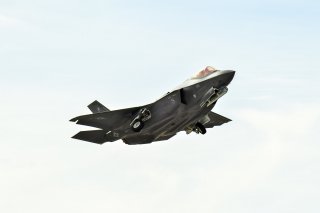 The world’s first-ever stealth aircraft, the U-2 spy plane, the fastest manned aircraft in existence and the first fifth-generation fighter jet were all created by the highly secretive Skunk Works division of Lockheed Martin. The Gulf War debut of the F-117 Night Hawk introduced the world to stealth technology, the SR-71 Blackbird set unprecedented speed records and the F-22 Raptor is credited as the world’s first-ever fifth-generation platform.

How did something so impactful and famous begin? Part of its origin can be traced to Nazi fighter jets such as the World War II plane which made up the bulk of Germany’s Luftwaffe, the Messerschmitt Bf 109. Beginning in the early 1940s, the dangers presented by the German aircraft drove the United States to fast track its first jet-propulsion fighter jet, the XP 80 Shooting Star.

“Take yourself back to the late 1930s and early 1940s. World War II is ongoing. All of a sudden, jet propulsion is a thing but hasn’t really deployed operationally,” Renee Pasman, Integrated Systems Director, Lockheed Martin Skunk Works®, told the National Interest. “All of a sudden, the Germans start showing up with the Messerschmitt Bf 109 . . . and the U.S. didn’t really have an immediate answer.”

Amazing to think that Nazi Germany’s jet-propulsion fighter jet laid part of the comparative foundation for the United States to designate special teams of highly expert innovators such as scientists, researchers and weapons developers. Since its inception, the premise of Skunk Works has been based upon being proactive and not merely “reactive.”

“We prefer to be disruptors instead of being disrupted,” Pasman said. “If we see a problem coming, we want to make sure that, you know, as a nation we’re prepared to respond. Skunk Works was really set up to do one thing, which was to solve a national need and do things that hadn’t been done before by pushing the boundaries of what’s possible.”

Given this history, which included early work on what became the F-35 fighter jet, many might wonder what Skunk Works is working on now. Who knows? Most of its work is, by design, secret for obvious security reasons.

Part of the innovation philosophy is to pair or team up collections of otherwise disconnected experts who might specialize in different, yet potentially overlapping areas of expertise, Pasman explained. It would make sense as this kind of “teaming” might give rise to unanticipated synergies or potential avenues of exploration.

For instance, take the now airborne sixth-generation stealth fighter jet. While previous concepts and planning predicted the new potentially paradigm-changing plane would emerge in the 2030s, early prototypes are already airborne. There are likely a number of reasons for its acceleration and developmental success, which include things like digital engineering. It is unsurprising that Skunk Works has been deeply immersed in the study and exploration of fifth-generation platforms for more than a decade. While the specifics of what Skunk Works contributed to the technology are naturally unavailable, it would not be a huge stretch to imagine it has had much to do with advancing the technology so that it could be used much sooner than expected.