The Secret Is Out: How Russia Somehow Captured U.S. Fighters (And Tested Them Out) 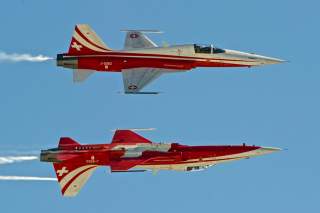 This piece by Tom Demerly appeared in War is Boring in 2017.