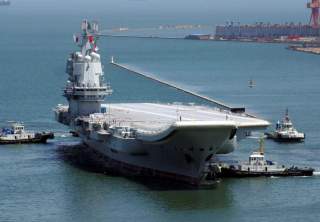 Key point: Beijing knows that the only way to regional dominance is through a major naval expansion.

Bryan McGrath is the Managing Director of The FerryBridge Group LLC, and the Assistant Director of Hudson Institute’s Center for American Seapower. (This first appeared in 2015.)