The Secret Truth Behind China's Quest for Aircraft Carriers 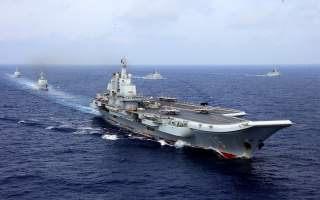 In its quest to eject the United States from a position of power and influence in the region, China has embarked upon a naval building and modernization program.