Secretary of the Navy Heads to Australia to Bolster Ties 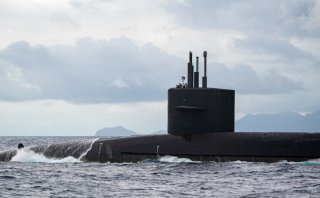 During a visit to Australia, Secretary of the Navy Carlos Del Toro commented on the implications of the increasingly tight relationship between the United States and Australia. The visit underscored how important Australia will be to a free Indo-Pacific in the future.

“We have a solemn responsibility to be prepared to fight and win wars. I’m so proud to have the Marine Corps here in Australia,” Del Toro said to the Marines and Sailors with the MRF-D aviation combat element.

“It really dawns on me, the historic relationship of our two nations,” Del Toro said while socializing with his Australian hosts at a WWII-era officer’s mess aboard RAAF Base Darwin. “Australia has been by our side and we will always be by their side in the fight for freedom for all those around the world.”

The Secretary of the Navy’s visit underscores both the burgeoning significance of the Australia-United States relationship and the tried-and-true Marine Corps-Navy cooperation.

“We work every day to progress sea-denial tactics and procedures, so when the time comes, our MAGTF is ready to work with our Navy counterparts, as well as other joint and combined partners,” Julien continued.

In addition to Australia’s role in the Five Eyes intelligence network and the Quad security dialogue, the country took an enormous leap last year with the announcement of the AUKUS strategic partnership.

The group, named after Australia, the United Kingdom, and the United States, seeks to give Canberra an indigenous nuclear-powered submarine capability. The move came as a shock to many. Though Australia is a leading exporter of raw nuclear material and conducts some limited academic nuclear research, the country does not possess nuclear weapons, nor does it have any nuclear-powered vessels in service.

The U.S. Navy’s nuclear-powered submarines are considered the crown jewels of American military might. The U.S. Navy’s submarines are the most technologically advanced in the world, exceedingly challenging to locate and track,  and have a nearly-spotless safety record, a testament to the culture of excellence inherent to the Navy’s nuclear program.