See This A-10 Warthog? It Could Wipe Out Iran's Swarm Boats in a War 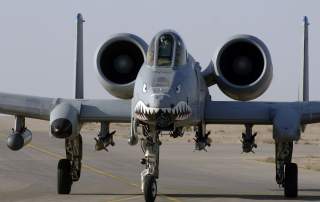 Key Point: Defeating swarms with A-10 Warthogs isn’t exactly revolutionary but that isn’t so much a problem. The plane isn’t a high-tech laser, but it doesn’t need to be.

On Feb. 6, 2017, the low- and slow-flying Warthogs together with Canadian CF-18 Hornets carried out simulated attacks on dozens of boats in Florida’s Choctawatchee Bay. The planes didn’t drop any ordnance, however, as the boats were being piloted by local captains hired by the Air Force.