See This Battleship? Britain Tricked a Nazi Captain To Sink His Own Ship. 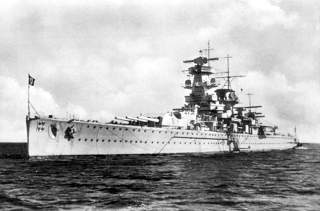 Key point: In the Battle of the River Plate, psychology counted as much—and perhaps more—than firepower.

Michael Peck is a contributing writer for the National Interest. He can be found on Twitter and Facebook. (This first appeared several years ago.)