See the Video: U.S. Navy Sailor Got Sucked Into an A-6 Intruder Engine—And Survived 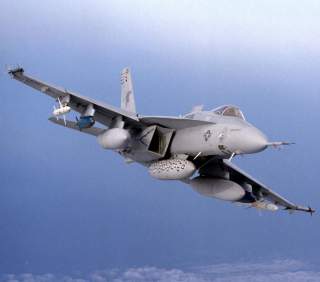 Taken on Feb. 20, 1991 during Operation Desert Storm aboard USS Theodore Roosevelt (CVN-71), the scary video in this post shows Petty Officer JD Bridges getting sucked into a jet engine of an A-6 Intruder.

Daniel P Streckfuss, another officer who was with Bridget at the time, explained how his colleague was able to survive.

“When he was sucked in, his arm extended above his head which caused his body to wedge between the bullet and inside wall of the intake.”

He also added: “Lucky for him, his helmet and coat were sucked in first which prompted the pilot to cut the throttle.

“It took almost three minutes for him to push his way out of the intake after being sucked in.

“Needless to say, I don’t think he was seen on the flight deck for the rest of the cruise.”

According Daily Mail, the video has been widely used around the world in the years since it was filmed, often by television shows showcasing the amazing survival.

Serving throughout the Vietnam War, the A-6 continued as the Navy’s front line medium-attack aircraft through Operation Desert Storm, during which Navy and Marine Corps A-6slogged more than 4,700 combat sorties. They were not retired until 1997.

From the beginning Intruders featured Digital Integrated Attack Navigation Equipment (DIANE), which provided an electronic display of targets and geographical features even in low visibility conditions. Introduced on the A-6E version of the aircraft, the Target Recognition Attack Multisensors (TRAM) system combined Forward Looking Infrared Radar (FLIR) and laser sensors with an onboard computer. Located in a ball turret beneath the nose of the aircraft, TRAM enabled a higher degree of bombing accuracy by locating targets and ascertaining their ranges, allowing the A-6 crew to detect ground undulations as small as a plowed field.