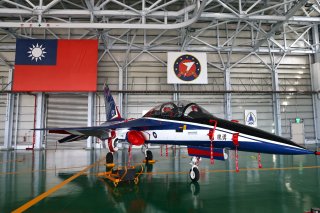 Despite concerns expressed by the White House and some senators in both parties, the Senate Foreign Relations Committee on Wednesday advanced a measure that would bolster U.S. security assistance to Taiwan, according to a new Politico report. The bill was approved by a seventeen to five vote.

In what is considered the most comprehensive overhaul of U.S.-Taiwan policy in more than four decades, the Taiwan Policy Act of 2022 authorizes $6.5 billion in military assistance over the next five years and aims to boost the island nation’s ability to defend itself against a potential invasion by China.

The legislation, seen as a complement to the Taiwan Relations Act of 1979, now heads to the Senate floor, although it remains unclear when it will get a vote. It is also not certain that President Joe Biden, whose administration earlier this month approved more than $1.1 billion in arms sales to Taiwan, would sign the bill if it reached his desk.

“If we hope to have a credible deterrence … we need to be clear-eyed about what we are facing,” said Foreign Relations Chair Bob Menendez (D-NJ), who introduced the bill alongside Sen. Lindsey Graham (R-SC).

Sen. Jeff Merkley (D-OR) added that “if we don’t crank up our support for Taiwan, there will be a military offensive” against Taipei.

Meanwhile, Politico reported that the measure drew plenty of bipartisan opposition. Sen. Rand Paul (R-KY) criticized the bill as a potential reversal of the longstanding One China policy, which dictates that the United States recognizes the government in Beijing while allowing for informal relations and defense ties with Taipei.

“This is not a time to radically change long-standing policy … without an appreciation of the consequences that may follow,” he said.

Sen. Mitt Romney (R-UT) noted that “we’re doing something that’s highly provocative and bellicose,” suggesting that the legislation would give China another reason to move more quickly to invade Taiwan.

“The One China principle is the political foundation of China-U.S. relations,” she said, per the Associated Press.

China claims Taiwan as its own territory and has not ruled out retaking the island by force.