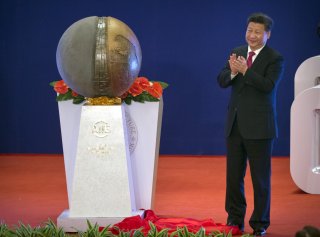 China has been unprecedentedly active on the world stage since President Xi Jinping’s rise to power. It is historically amazing, given that the West had been urging China to become a “responsible stakeholder” not long before. Now many people are curious: What would the world look like if China actually led the world? Seven misunderstandings regarding this transition must be debunked to understand China’s approach toward global governance.

Second, hegemony vs. self-restraint. Consensus is a preferred decision-making method in the Bretton Woods institutions, as well as in the AIIB and the BRI. Meanwhile, both the United States and China manifestly hold veto power in those institutions. In the World Bank, the United States has been blocking shareholder realignment reforms in favor of emerging economies, delaying the implementation of the official shareholding formula known as the 2016 Dynamic Formula. For example, China would have held over 12 percent of shares under that formula, instead of merely 6 percent now. Similarly, in the International Monetary Fund (IMF), negotiations over a new shareholder formula that is supposed to increase the voice of emerging economies, including China and other BRICS countries, have dragged on for over a decade.

A hegemon has two composite elements: it must be powerful (that is a prerequisite) and then based on its power, impose its will on others. Holding a veto power is one thing; to abuse it is another. In its cultural gene, China is not a missionary society and it chooses to influence others by inducing respect rather than by conversion. Featuring voluntarism and self-restraint, the Chinese approach toward global governance contrasts with a hegemon’s mentality to impose its will and seek predominance over others.

Third, high vs. feasible standards. A major characteristic of Chinese multilateralism is the promotion of high and feasible standards. High standards are integral in the operations of a top-notch development institution. There used to be concerns over what standards the AIIB would apply, which have nevertheless been relieved because the Bank has instituted environmental, social, and governance standards (ESG) both in text and in practice.

On the other hand, the standards must be feasible. While offering a leading role for the Bank’s clients in project preparation and implementation, AIIB standards are open to exploring greater flexibility for the benefit of borrowing countries, for example, by relying on their system for standard compliance while conforming to AIIB’s core principles and standards.

Fourth, rule of law vs. role of law. The development community has been urged to think differently about aid, in particular, to think not only about the rule of law but also about the role of law. For finding that an institution has power, it is enough that the exercise of the power may further the purpose of the institution, and that it is not inconsistent with existing law.

This, dubbed a teleological methodology, enables an international organization to adapt to new environments by flexibly interpreting its laws. The methodology empowered the AIIB to combat the Covid-19 pandemic through a $20 billion crisis recovery facility, as well as to embrace the BRI and administer MCDF.

Fifth, adversary checks vs. advisory engagement. Good corporate governance is integral to the success of an institution. The AIIB has a built-in oversight mechanism “to ensure proper checks and balances” between its non-resident board and management. To find out where the degree of “properness” lies along a spectrum is key.

Facing ever-changing circumstances, the AIIB needs to rely upon a pragmatic executive branch to take any bold but necessary actions to promote the interests of the Bank. It is advisable, therefore, to lean towards the Oriental wisdom of advisory engagement, rather than the Western style of adversary checks, along the spectrum of oversight that best suits the Asian gene of the Bank and its purposes.

Sixth, competition vs. cooperation. Forging a cooperative external relationship, particularly with those established ones, is key to the success of a newcomer. The failure of Japan’s proposal to establish the Asian Monetary Fund, a replica of the International Monetary Fund in 1997, proves that the established institution tends to view a newcomer as a threat, rather than a partner.

The AIIB has forged a sound collaborative relationship with peer institutions by sharing knowledge, signing memorandums of understanding, and co-financing projects. Drawing upon the AIIB, the MCDF took initiative to engage with peer institutions in a benign and cooperative manner. The approach also helps a newcomer make rapid progress in reputation and capacity-building.

Seventh, alliance vs. partnership. China has persevered with its goal of “rejuvenating the nation.” To make this happen, it tends to concentrate on continuous self-improvement while avoiding making enemies. The Chinese dream is predestined on a harmonious world environment, contrasting the U.S.-branded hegemony— “either with us or against us.” China’s mentality decides the mantra of its diplomacy as looking for “partnerships rather than alliances.”

Traditionally China considers its bond with developing countries as the bedrock of its diplomacy and treats the European Union as a trusted partner in upholding multilateralism. While China and Russia coordinate closely in world affairs, attesting to their “no-ceiling” cooperation, they are not allies, as has been proved saliently in the ongoing Russo-Ukrainian War. China is with everybody and against nobody.

Gu Bin is an associate law professor at Beijing Foreign Studies University and author of Chinese Multilateralism in the AIIB.