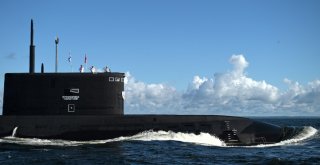 Many states, especially China, contend that as a non-nuclear weapons state party to the Non-Proliferation Treaty (NPT), Australia cannot possess nuclear submarines. The AUKUS partners reject this assertion and instead argue that the transfer of nuclear submarines will promote strategic stability in the so-called Indo-Pacific region and strengthen nonproliferation norms.

The jury is still out on which of these diametrically opposing views is correct. The AUKUS deal sets a second proliferation precedent. Russia has been leasing nuclear submarines to India since the 1980s and has actively helped New Delhi build its nuclear attack and ballistic missile submarine fleet. Since India is also an apple in the Western eye, there is a possibility that France and the United States might also provide nuclear submarines to India. Such a military axis would be called INFRUS (India-France-United States).

Ashley J. Tellis, a senior fellow at the Carnegie Endowment for International Peace and one of the leading enthusiasts for this idea, contented in a 2018 report that “it is important for the United States to recognize that [a nuclear test] could occur eventually and that the administration of the day will have to exercise its waiver authorities in partnership with the U.S. Congress to avoid penalizing India for its renewed nuclear testing.” The United States looked the other way when India conducted nuclear tests in 1998. There were claims in the Indian scientific community that one of the thermonuclear devices tested fizzled out and there is an imperative to retest. This would only persuade other nuclear powers to respond with tests of their own. India was the first country in South Asia to test nuclear weapons and would be the first to resume testing worldwide if North Korea doesn’t conduct one first.

In the prevailing environment, the United States cannot contain China alone and the Indian diaspora in the Beltway has made successive administrations believe that they must count on New Delhi for security cooperation in the Asia-Pacific. INFRUS will be a reward for such services and strengthen Indian deterrence at sea. However, arming India to the teeth will only intensify Pakistan’s security dilemma. Islamabad does not seek an arms race and has maintained its deterrence capability at minimum levels. However, this minimum capability is not fixed, and Pakistan must ensure that it can maintain a credible deterrent. The onus for the lack of progress in passing and enforcing the so-called Fissile Material Cut-off Treaty and the Comprehensive Nuclear-Test-Ban Treaty, respectively, is due to irresponsible Indian and Western behavior.

If INFRUS comes to pass, the United States will midwife the transfer of French naval nuclear propulsion technology—which is very sophisticated and is one of the best in the world—to India.

The perception has developed that U.S. strategic cooperation with India is based on long-term bilateral relations. If the INFRUS partnership materializes, it would allow India to develop an assured sea-based second-strike capability to retaliate against China and Pakistan, a long-standing goal of Indian nuclear planners. However, achieving a credible second-strike capability has been a challenge for India. In terms of INFRUS, the nuclear-powered submarines will provide the desired capability for Indian nuclear weapons and add to its major power status. It will also contribute to a more aggressive Indian nuclear posture that degrades regional stability. In such a scenario, China and Pakistan will be left with no option but to follow suit.

Subsequently, in response to a more provocative Indian nuclear posture, China and Pakistan will have to strengthen their existing deterrence capabilities, which will lead to the nuclearization of the Indian Ocean region. The modernization of the sea leg of India’s nuclear triad will help New Delhi achieve regional maritime dominance and shift the geopolitical and geoeconomic balance in its favor. But the aggressive monitoring and tracking of rival sea-based nuclear forces could lead to dangerous accidents and increase the risk of miscalculation.

The Indian Ocean is an important sea lane with several choke points, such as the Strait of Hormuz and the Strait of Malacca, that huge volumes of trade routinely pass through. However, there are islands in the Indian Ocean that are vital sea lines of communication (SLOC). Regional countries that rely on maritime trade would end up in a vulnerable position if India controlled the SLOCs and blocked critical chokepoints. New Delhi’s dominant maritime position would allow it to interrupt the free flow of trade and energy supplies to China or affect the Belt and Road Initiative (BRI), which has been in the United States’ crosshairs ever since it was initiated.

Since a bulk of Pakistan’s trade passes requires sea lanes, any SLOC blockade would have economic implications that could lead to a serious maritime confrontation. Similarly, China’s oil imports pass through the Strait of Malacca. The fear of a possible Indian blockade during a conflict would therefore compel both countries to acquire capabilities that strengthen their sea denial strategy. The “free and open” Asia-Pacific will not be free and open anymore.

The advancement of the sea leg of India’s nuclear triad has grave implications for deterrence and crisis stability in the region. India’s naval capability is already far ahead of Pakistan’s and its submarine-launched ballistic missiles (SLBMs) are more accurate than the Chinese variants. Last month, India tested an SLBM from its indigenous nuclear ballistic missile submarine INS Arihant, aiming to enhance undersea deterrence against China and Pakistan.

The transfer of sophisticated nuclear submarine technology through INFRUS is not only a matter of concern for the Indian Ocean’s littoral states but also for the international community. The spillover effect of a nuclearized Indian Ocean will extend beyond the region. If INFRUS materializes, regional powers would have to upgrade their nuclear arsenals to maintain parity with India, resulting in horizontal as well as vertical nuclear proliferation.

The geopolitical temperature in South Asia is heating up quickly. Numerous developments in Indian policy, such as in the Joint Doctrine of Indian Armed Forces 2017, which is based on Hindutva beliefs and ideals; the shift in Indian nuclear strategy; a modernized nuclear arsenal that is under a weak command and control system; and aggressive force posturing are threatening strategic stability. Indian hegemonic designs and ultra-nationalism spearheaded by Prime Minister Narendra Modi are alarming factors for both China and Pakistan. A nuclear cooperation agreement like INFRUS would be consequential for the entire region. Considering India’s misadventures in Pakistan and its provocations against China, it would be better for the United States and associated global powers to review their South Asia policy vis-a-vis India.

The idea of transferring French nuclear propulsion technology to India to contain China’s peaceful rise has sent shockwaves throughout South Asian policy circles. Beijing could be advised to lease nuclear-powered submarines to Islamabad and initiate a PAKCHIN (Pakistan and China) deal. AUKUS has already set a precedent for aspiring non-nuclear weapon states to advance their programs. INFRUS would further alter the geopolitical order and weaken the global nonproliferation regime.