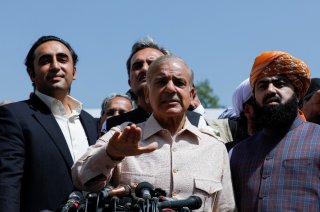 On Monday, the parliament of Pakistan elected Shehbaz Sharif, a prominent conservative politician and the younger brother of former prime minister Nawaz Sharif, as the country’s interim prime minister until elections in 2023.

Prior to his election, Sharif had served as leader of the opposition during the tenure of his predecessor, Imran Khan. Khan was removed from office over the weekend after a successful no-confidence vote against him, led in part by Sharif. Prior to the vote, Khan had briefly caused a constitutional crisis by attempting to dismiss the parliament before it could vote against him; the Pakistani Supreme Court ultimately ruled his action unconstitutional, and the vote was held as scheduled.

In his inaugural speech, the new prime minister promised to restore Pakistan’s economy, which had undergone significant turmoil during Khan’s tenure. The country’s economy has experienced annual inflation rates of higher than 10 percent since 2019, significantly devaluing the rupee and leading to popular anger against Khan. In response to inflation, Sharif announced that he would raise the country’s minimum wage and improve workers’ salaries and pension benefits.

Sharif also indicated that he would break from Khan’s foreign policy, which saw rapidly deteriorating ties with neighboring India—culminating in a brief border war between the two historic adversaries in 2019. He warned, however, that “there cannot be sustainable peace [with India] unless the issue of Kashmir is resolved,” referring to the divided region in northern India and Pakistan that both countries claim.

In his remarks, Sharif invited Indian prime minister Narendra Modi to engage in dialogue on the Kashmir issue in line with previous UN resolutions dating back to 1947, when India and Pakistan departed British rule and separated from each other.

Sharif also promised close ties with China, a major political and commercial ally of Islamabad, and indicated that the multibillion-dollar “China-Pakistan Economic Corridor” (CPEC) investment project would be expedited.

Sharif’s government will maintain power until 2023, when Khan’s term was scheduled to end and new elections were to take place.