Should Africa Have a UN Security Council Seat? Japan Thinks So 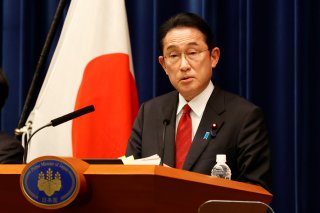 At a conference in Tunisia on Sunday, Japanese prime minister Fumio Kishida argued that the African continent should collectively receive a permanent seat on the United Nations Security Council—adding a representative from the continent alongside the United States, the United Kingdom, France, Russia, and China.

Speaking remotely from Japan at the Tokyo International Conference on African Development in Tunis, Kishida said that the country’s effort to accomplish this goal would work to “reiterate … its determination to redress the historical injustice against Africa of not being represented through a permanent membership on the Security Council.”

Under the Security Council’s present composition, ten member states are elected to non-permanent positions alongside the permanent members. Five seats are elected to two-year terms on alternating years; Japan was elected in June and is scheduled to serve until June 2024. Although all fifteen countries have one vote, the five permanent members hold veto power, effectively ensuring that no Security Council resolution goes against their interests.

Kishida criticized this arrangement, claiming that it unfairly biased the organization in favor of the great powers at the expense of the developing world. “In order for the UN to work effectively for peace and stability, there is an urgent need to strengthen the UN as a whole through Security Council reform,” he said.

It is not yet clear how Kishida’s proposed arrangement would function. Because Africa is a continent with more than fifty countries, the permanent seat would presumably be rotated between them, potentially leading to further disputes. Moreover, the existing permanent members are expected to oppose this arrangement if it were seriously proposed, as it could dilute their influence.

In his remarks, Kishida—who was originally scheduled to travel to Tunisia for the conference but remained in Tokyo after he tested positive for COVID-19—also emphasized Japanese investments in Africa, repeating an earlier pledge that Japanese investors would provide an additional $30 billion in African investments by 2025 and a lesser amount to combat food insecurity on the continent. In the short term, he emphasized funding for the Liptako-Gourma region between Burkina Faso, Mali, and Niger, which has emerged as a hotbed for Islamist militant activity over the past decade. Japanese aid, he added, would be targeted at “develop[ing] good cooperation between residents and local authorities.”

Kishida also vowed to appoint a special envoy to the Horn of Africa, where a years-long drought and an ongoing military conflict between the Ethiopian government and rebels in the northern Tigray region have led to a dire humanitarian crisis.