Sig Sauer: 5 Best Guns Ever to Fire A Shot 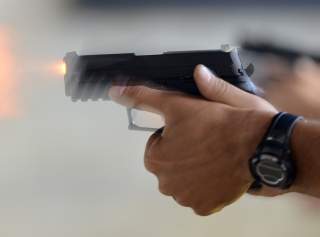 The P210 is chambered in 9mm and its only drawback was an eight-round magazine, which was remarkable then but about half the size of today’s magazines. The P210 was used by the Swiss Army, Danish Army and West German Border Guard.