Sig Sauer vs. Glock vs. Every Other Gun: Who Really Makes the Best Guns? 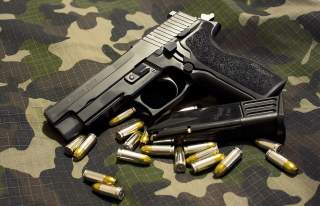 The company’s Model 1 handgun was purchased privately by soldiers on both sides of the U.S. Civil War, while the heavier Schofield revolver was carried by postwar U.S. cavalrymen.

(This article first appeared in 2017 and is being republished due to reader interest).