Sig Sauer's P220 Gun Is Old, But It Is Certainly Not Dead 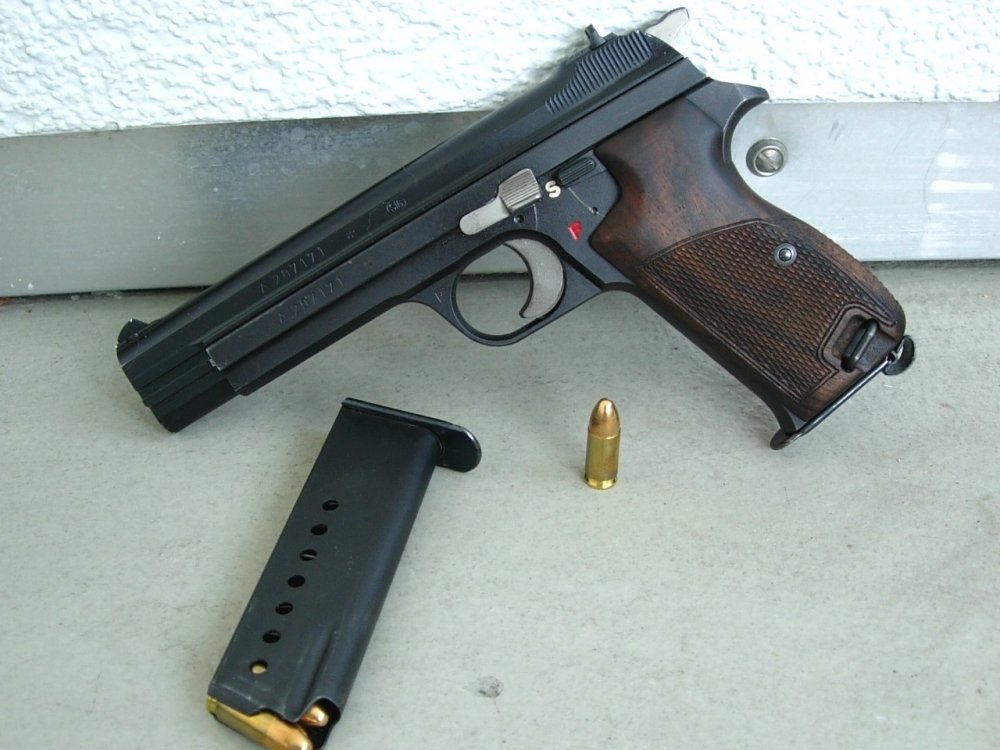 Key point: SIG's P220 may still prove to be popular commercially for those who want a traditional double action/single action in a powerful caliber.

In 1975, Schweizerische Industrie Gesellschaft (SIG) released the P220, their first truly modern pistol. It would be the pistol the first pistol to see significant export success, and it would lead to the creation of their successor businesses, Sig Sauer GmbH and Sig Sauer, Inc.

In 1975, the P220 was fairly revolutionary. Designed to reduce cost, the pistol was meant to be faster to put into action, more safe, and cheaper to make than its predecessor, the P210.

Though current American and German production P220 slides are CNC milled, the original Swiss slides were made out of stamped steel to reduce production cost. It also featured what was one of the first instances of a simplified version of the Browning tilting barrel system where the barrel itself locks into the ejection port, eliminating the locking lugs found on the original Browning action.

The P220, while designed at SIG, was produced in collaboration with J. P. Sauer and Sohn, marking the beginning of the SIG Sauer relationship. The decocker-only style of control would come to define SIG Sauer pistols up until SIG’s divestment from the firearms industry.

The novel design of the P220 allowed it to handily win the Swiss contract. It would also be adopted by many German state police forces under the P6 designation, selected by the German government following the Black September Munich Olympics attacks to serve as a replacement for various older pistols, alongside the Walther P5, and H&K P7.

But does the design hold up today? Is the P220 obsolete?

The original clients of the P220, the Swiss Armed Forces, definitely appear to think so. The P220 is being slowly replaced by the Glock 17 in Swiss service, with priority given to high readiness and special forces units. The Glock holds nearly double the rounds, is lighter, and is easier to train on.

While the P220 was innovative in many ways, it also was very old school in others. It used a heel release for the magazine, which was single stack, severely limiting the capacity. While modern P220s have done away with the heel release in favor of a button on the frame, the single stack magazine makes the P220 all but obsolete compared to most modern service pistols.

However, the P220 does have some advantages over the ubiquitous Glock. The trigger pull in single action is lighter and crisper, allowing for the average shooter to shoot more accurately than with a stock Glock trigger.

While the P220 may be dead for the military market compared to the latest crop of striker fired double stack 9mm polymer pistols, it may still prove to be popular commercially for those who want a traditional double action/single action in a powerful caliber.