Simply the Best: 5 U.S. Presidents That History Will Never Forget 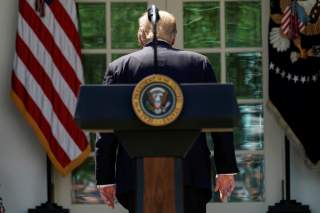 Who would you choose?

We take up this discussion with a purpose. Seldom has the American republic been more acutely in need of truly effective presidential leadership than it is right now. The country is in drift, beset by seemingly hopeless political clashes that are gumming up the gears of democracy. Its foreign policy lacks definition and coherence, while domestic issues kick up controversies of such intensity that the country can hardly move. This isn’t all Obama’s fault, though his philosophical adversaries would have us blame it all on him. But his job is to effectively address the nation’s ills, and he has proved himself incapable of doing that.

(This first appeared in 2014 and is being republished due to reader interest.)

We must not lose sight of the fact that we live under a presidential system, which means that great crises get solved through presidential leadership or not at all. So, with that in mind, let’s play the Great White House Rating Game and identify, say, the six greatest presidents of all time.