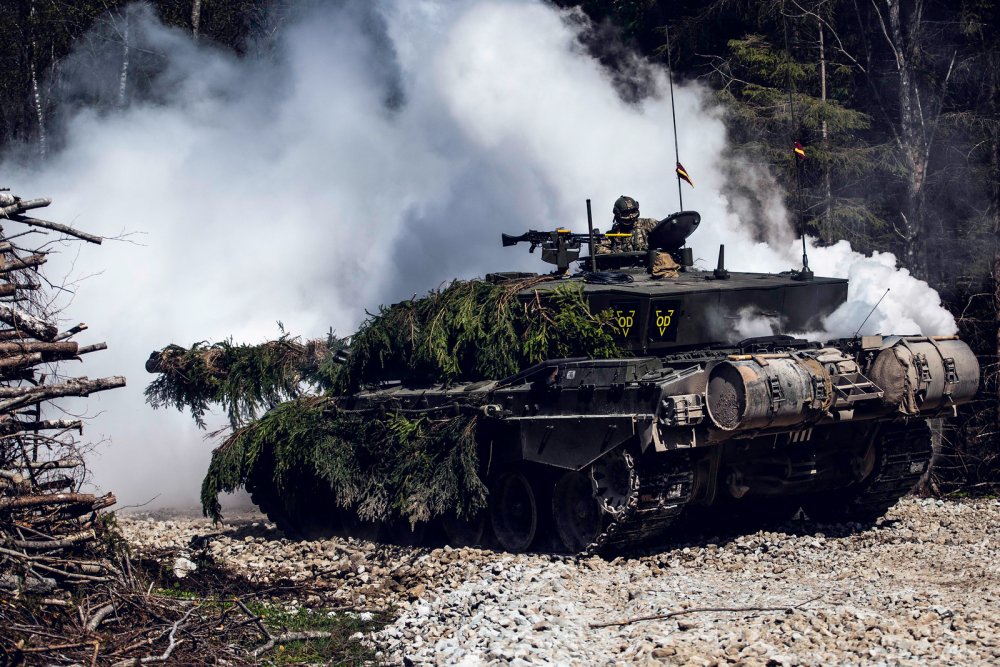 The guys and gals of NATO are back from their London confab. And while it wasn’t a real summit, it was a great reminder that NATO remains relevant in today’s security environment and that U.S. leadership remains crucial to the alliance’s continuing success.

That said, there is one thing that NATO has failed to do throughout its 70-year existence: Inspire Hollywood to produce a great NATO war movie.

True, NATO has not had many wars. It helped settle things with Serbia, and then there was the dust-up in Libya and operations in Afghanistan. But these failed to get the cameras rolling.

Too bad. Coalition warfare, operations involving the integration of forces from more than one country, presents many unique challenges. As Churchill famously quipped, “The only thing worse than fighting with allies is fighting without them.”

While NATO has yet to be given its cinematic due, Hollywood has turned out quite a few movies that deal with coalition warfare. Here are six of the best at depicting the complexity and frustration of war by committee.

#6. The Patriot (2000). The Trump-Macron bromance may be over but, back in the day, if France hadn’t joined the American rebels in battling Britain today we would all be speaking English.

In this film, our hero manages to show up at many of the biggest battles of the revolution, including the joint American-French land-sea operation that cornered the British at Yorktown and secured independence.

#5. Waterloo (1970). In the age of Napoleon, virtually every campaign was coalition warfare. In the climactic battle of his career, Napoleon shows how to fight outnumbered and lose. The British and Prussians team up to deliver the French emperor his Waterloo.

#4 The Longest Day (1962). D-Day was the largest coalition amphibious operation in the history of warfare. American, Canadian and British troops hit the beaches (followed by Free French and Polish forces). Granted, each country had its own landing beaches. Sean Connery and Richard Burton never met Henry Fonda or John Wayne. But, hey, it was a team effort.

#3 Bridge Too Far (1977). No movie does a better job of showing how coalition warfare can get all screwed up. While Murphy’s Law holds that anything that can go wrong, will, and Operation Market Garden proved that Murphy was an optimist. The joint British-American airborne effort to seize the bridges across the Rhein went horribly wrong. It’s amazing we are still allies.

#2. Truman at Potsdam (1995). The problems of coalition warfare span the battlefield to the conference. The Erdogan-Macron tit-for-tat in London, was nothing compared to the squabbling among the allied U.S., British and Russian leaders back in the day.

In the closing diplomatic maneuver of World War II, FDR’s sudden death leaves Truman in charge. Let us hope that, just in case something should happen to Trump, he has confided more in Pence than FDR did with Truman. The guy from Missouri showed up virtually clueless for this pivotal meeting with Churchill and Stalin. Then, in the middle of the conference, Churchill is voted out of office and replaced. Truman learns on-the-job, and the Cold War ensues.

#1. 12 Strong (2018). 9/11 sparked one of history’s largest military coalitions—and one of its oddest campaigns. In this movie, a handful of special operations forces and the U.S. Air Force team up with the horse cavalry of the Northern Alliance (which sounds like a bunch of characters out of Star Wars) and take on the Taliban. What’s crazy is they actually win. Those really “smart” guys who planned Market Garden would be so jealous.

Movies that remind us of the difficulties attendant to military coalitions should help us appreciate the fact that NATO has not just survived 70 years of challenges, but stands as the most successful effort at collective defense in the history of collective defense.

We should also appreciate the U.S. leadership which has helped transform, strengthen and modernize NATO to deal with the challenges of the 21st Century. There is more to be done, but much has already been accomplished.

When not watching movies, James Jay Carafano is a Heritage Foundation vice president, directing the think tank’s research into matters of national security and foreign relations.