Slovenia and Germany Step Up to Resupply Ukraine With Tanks 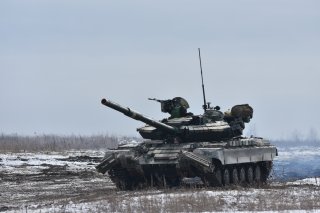 Germany and Slovenia have finalized a deal for the transfer of twenty-eight Slovenian M-55S main battle tanks (MBTs) to Ukraine, Slovenian prime minister Robert Golob announced in a statement on Monday.

As part of the deal, Germany has agreed to backfill Slovenia’s capabilities with forty military trucks. Berlin has consistently promoted military aid schemes by which Eastern European states give Soviet-era equipment to Ukraine in exchange for modern equipment from Germany, arguing that it is the fastest and most effective way to get usable weapons into the hands of Ukrainian troops.

Russian Defense Ministry spokesman Igor Konashenkov claimed last week that over 5,000 Ukrainian tanks have been destroyed by Russian forces over the course of the war, according to Russian state news outlet TASS. Kyiv has pleaded with the West for modern tanks—in particular, the German Leopard 2 and the American M1 Abrams—to replenish its old, dwindling tank inventory as the war enters its seventh month.

“Disappointing signals from Germany while Ukraine needs Leopards and Marders now — to liberate people and save them from genocide,” tweeted Ukrainian foreign minister Dmytro Kuleba earlier this month. “We expect the United States to supply us with its Abrams tanks, and Germany with its Leopard 2. These are the modern tanks that Ukraine needs on the battlefield,” said Ukrainian prime minister Denys Shmyhal. But Brig. Gen. Steven Anderson (Ret.) warned in a CNN interview that the “sixty-ton beast” M1 Abrams may be “too big” to meet the Ukrainian military’s operational need for nimble tanks, adding that the M1’s turbine engine poses unique maintenance and logistical challenges for Ukraine.

While German leaders have dragged their heels on Kyiv’s Leopard request, a senior Pentagon official told reporters on Monday that tanks are “absolutely on the table” as part of future military aid tranches to Ukraine. "We're looking at the entirety of the Ukrainian armed forces and considering for the future … what capabilities they will need and how the U.S. and our allies will be able to support Ukraine in building out those capabilities."