Small Businesses Are Fighting to Get the Pentagon War Ready 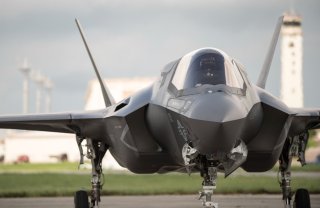 As the Pentagon explores new avenues of outreach to small and medium-sized businesses, several key entities, such as the Department of Defense-affiliated National Security Innovation Network (NSIN), are increasing partnerships with industry innovators to accelerate an often cumbersome development process.

This government-private sector integration is precisely what NSIN envisions as central to its core mission, which it refers to as a “collaboration portfolio.”

“The Collaboration Portfolio increases the intellectual diversity of the DoD by bringing together innovators from defense, academia, and the venture community to solve national security problems,” NSIN officials told The National Interest in a written statement.

MAG Aerospace, a longtime Pentagon partner, has grown from a small to a medium-sized contractor over the last ten years. The firm stands as an example of the kinds of defense companies in a position to deepen their internal research and development.

For instance, MAG has partnered with Pentagon developers to work on a national initiative aimed at standing up “innovation centers” with specific areas of scientific focus across the country. MAG’s New Jersey Innovation Center, for example, is focused on software development to create what MAG calls an “innovative Secure Software Development Life Cycle that combines Software Engineering, Cybersecurity, Risk Management, Quality Management, and Project Management Processes.”

A software emphasis is key given its significance to weapons upgrades and ability to improve guidance technology, targeting, energetics, or explosive effects. This has been in practice for quite some time. Former Air Force Acquisition Executive William Roper once said that software will likely determine who wins the next war. The importance of information management and communication has become so critical and ubiquitous across military operations, that there continues to be a growing imperative to include “information assurance” in the equation. This is something AASKI LABS, a MAG subsidiary, is specifically focused on.

“The MAG Innovation Team injects security-based requirements directly into the initial requirements gathering process to help identify what the applicable security reviews, tests, and implementations requirements are for any given release. This provides the most secure path and inherently increases security posture as the life cycle progresses,”  Matt Bartlett, president of MAG Aerospace, told The National Interest.

Much of the focus is on networking or the process of finding and advancing new and secure methods of organizing and sharing information across a multi-domain joint force. This is the concept behind the Pentagon’s Joint All Domain Command and Control (JADC2) program, an interoperability initiative MAG innovation centers are designed to address. One of the centers is called a “mobile interoperability” center which includes a customized test vehicle with racks, LRU mounting trays, cabling, wiring, power systems, and satellite terminal equipment.

Satellite technologies also figure prominently in MAG’s Space Innovation Center, which maintains manufacturing, prototyping, advanced engineering, and technology integration areas designed to test paradigm-changing space technology. This is critical, particularly in light of the U.S. effort to launch a new space command, for deploying hundreds of new low (LEO) and medium-earth orbit satellites and developing new weapons and defenses for space. Large numbers of dispersed and securely networked LEO satellites could prove essential during efforts to develop a continuous “track” on an enemy hypersonic weapon between segregated radar apertures. Many of these satellites build in redundancy and seek to cover expansive and disconnected areas. But they are also specifically engineered with high-throughput technology and a growing artificial intelligence-enabled ability to process information at the point of collection.