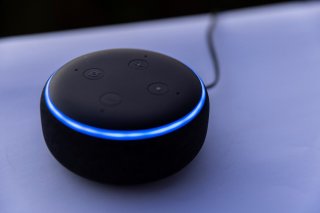 The smart speaker category, consisting of products like Amazon’s Alexa and Apple’s HomePod Mini, hit some roadblocks in the first quarter of 2022, as the market was affected by both continuing Covid lockdowns in China, as well as the war in Ukraine.

According to the latest report from research firm Strategy Analytics’ Smart Speakers and Screens service, the category officially known as a smart speaker and smart display shipments saw a 5 percent decline worldwide in the first quarter of this year, compared to the same period in 2021. The total number of shipments was 35.3 million units.

According to the firm’s estimates, Amazon currently leads with 28.2 percent of the worldwide smart speaker market, followed by Google (17.2 percent) and Apple (12.7 percent.) The next several spots are taken by Chinese manufacturers with Alibaba at 12.3 percent, Baidu at 11.4 percent, and Xiaomi at 6.2 percent. The “others” category made up another 12 percent. However, Chinese manufacturers posted major declines of 25.6 percent, 23.8 percent and 18.5 percent, respectively. This, the firm said, was mostly due to resurgent Covid cases in China, which affected the supply chain in that country.

The other big story was that Apple posted huge year-over-year growth, of 29.9 percent, while Amazon and Google grew by single digits.

“First, in the US market, smart speaker and smart display penetration rates are approaching a state of market saturation, and the market is shifting from new customer acquisition to add-on or replacement sales which historically have longer sales cycles. Second, in China, slowing the surge in COVID-19 will take time, and compounded with the ongoing component shortage, economic recovery will be hampered until at least mid-2023.”

Competition remains fierce among Chinese manufacturers of the speakers.

“There is no question that Alibaba, Baidu, and Xiaomi have their work cut out for them over the next 18 to 24 months, though they do have the benefit that China’s smart speaker and smart display markets are not as saturated as the US. In the US, Amazon and Google are rapidly entering their ‘adult’ years, as most consumers that desired an Echo or Nest device have likely purchased at least one of the devices,” David Watkins, Director, Intelligent Home, added in the release.

“Amazon and Google’s primary tasks in 2022 and beyond will be to adjust their business to upselling additional devices to consumers or encouraging them to update older models.”