So What If Iran Can Build Its Own Homemade Submarines? 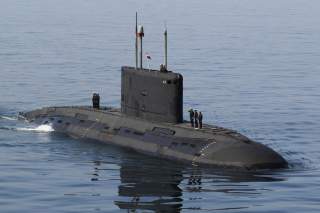 Key point: Tehran is making strides in its domestic naval program. However, it will still take time to learn how to construct first-class boats.

Mark Episkopos is a frequent contributor to The National Interest and serves as research assistant at the Center for the National Interest. Mark is also a PhD student in History at American University. (This first appeared earlier in 2019.)