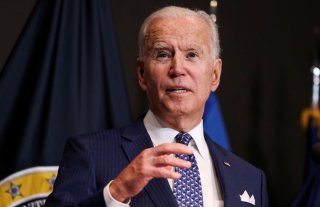 When Social Security payments were created in 1935, a provision was included in their funding that allowed the payments to be increased in tandem with increases in the cost of living. In theory, this means that, while the payments sometimes increase, the amount of purchasing power that each monthly check provides should be roughly the same from year to year.

For instance, in 2021 the annual cost of living adjustment, or COLA, was set at 1.3 percent. In 2022, however, there have been forecasts that the Social Security Administration will implement a much more significant COLA, exceeding 5 percent. If so, then this would be the largest single increase in a decade. It would raise the average Social Security payment, currently around $1,500, to roughly $1,575.

Cost of living increases are closely tied to America’s CPI, the amount of money that is required to buy a certain basket of different goods. A nation’s CPI is a good way to measure its inflation; as long as the goods in the basket are sufficiently diversified, any price increases are likely a product of the money simply being worth less due to inflation.

For this reason, Social Security’s annual COLA cannot be understood as an increase in benefits. To the extent that there is an increase of cash, it is only to maintain seniors’ ability to buy the same amount of goods consistent from year to year.

The upcoming increase is largely due to high inflation in the United States during the coronavirus pandemic. While thousands of small businesses were shuttered, and millions of Americans were temporarily pushed out of work, the stock market has consistently been up throughout the pandemic, owing in part to the Trump and Biden administrations’ ambitious plans at cash distribution, restoring some purchasing power to most Americans. Because of the high level of spending, inflation has remained consistently high throughout the pandemic, driving an increase in CPI and consequently a larger COLA adjustment.

However, a 5.3 percent COLA would not be the largest adjustment in Social Security payments in the program’s history—nor even in the last twenty years. In 2009, during the nation’s recovery from the Great Recession, the adjustment increased Americans’ Social Security checks by 5.8 percent.