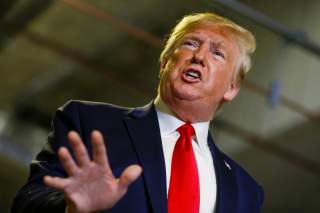 Recently, the U.S. Citizenship and Immigration Services (USCIS) updated an earlier report on arrests and apprehensions of illegal immigrants who requested Deferred Action for Childhood Arrivals (DACA). The updated report shows that of the 888,818 people who applied for DACA, 118,371 had been arrested at one time or another.

Many of those arrested were not approved for DACA, but some were because many arrests don’t lead to convictions. Those 118,371 people had been arrested a total of 202,025 times for all crimes and civil infractions, including violations of immigration law. Subtracting the number arrested for immigration infractions lowers the number to 95,343 DACA applicants being arrested. The DACA applicant arrest rate was 80 percent below the non-DACA applicant (all others) arrest rate.

Below, I will describe the comparative arrest rates and how I calculated them.

Comparing arrest rates requires making two simple assumptions. First, I assume that the youngest person arrested who was a DACA applicant was 13 years old and that arrest occurred in 1993 (DACA is only available to those born in 1981 or later). This is based on Table 6 of the USCIS report that breaks down arrests by age. Only 5,076 of the arrests were of DACA applicants age 14 or younger. Changing the year does not affect the direction of the outcomes. 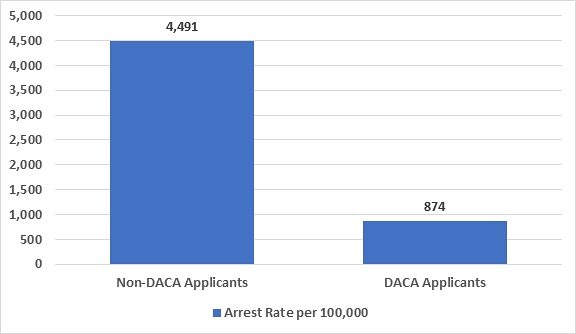 No matter how you compare the arrest rate for DACA applicants to all others, the former group has a lower arrest rate. Since the USCIS report and this post just measure arrest rates, the criminal conviction rate is necessarily lower as there are more arrests than convictions – as I show in Texas. The USCIS report is just further evidence that illegal immigrants have a lower crime rate than native-born Americans.