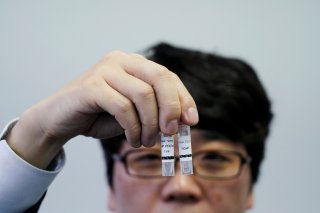 Now that South Korea seems to be getting its coronavirus outbreak under control, there’s been much talk that the U.S. might mimic its success. Unlike China, South Korea is a democracy. Its anti-coronavirus actions have broadly remained within liberal parameters and not set off too much constitutional debate about civil liberties during an epidemic. China obviously can be far more repressive and therefore should be no model for anyone.

I am skeptical though that the U.S. can transplant South Korean coronavirus measures for several reasons:

1. South Korea is much smaller:

South Korea holds a population of 52 million people. That is less than one-sixth the size of the U.S. population. The sheer scale of the outbreak in the U.S. will dwarf in absolute terms what South Korea has seen. This will require a much larger administrative and organizational effort than what was needed here. South Korea has a handful of large cities; the U.S. has dozens.

South Korea is one of the most centralized and presidentialized democracies in the world. There is much debate in South Korean political science about the merits of this. There is concern that weak federalism and a powerful presidency make South Korean too much like an elected monarchy. But the upside of this, of course, is that the weak checks-and-balances here make swift executive branch action possible. Once the administration of President Moon Jae In realized just how dangerous corona was, the South Korean government moved very rapidly. With its traditions of federalism and checks-and-balances, the dispersed power structure of American politics makes it much harder for the U.S. as a whole to move as South Korea did. It is true that American politics has become more nationalized and presidentialized over the decades, but it is not like South Korea’s extreme centralism, nor is U.S. President Donald Trump really using the powers of the presidency in this crisis, for fear of its impact on the 2020 election.

South Korea has what Americans today would call Medicare for All or socialized medicine. This makes it far less stressful for low-income people to pursue the medical care they need and possibly take off work because of illness. It also ensures that everyone was entitled to cheap corona testing once that it was put in place. The South Koreans even managed to create drive-through testing stations. This kind of ease and quick access would be remarkably difficult in the U.S. given its byzantine patchwork of insurance and private medical provision. And indeed, we already see that with all the confusion in the U.S. over where to go for testing and who will pay for it. If 40% of Americans are unable to pull together just $400 for an emergency expense, that translates into a huge number of people who will forgo corona testing because of the expense and fear a positive diagnosis will lead to further costs.

This is a softer variable, but after living in the U.S. most of my life, plus South Korea for almost twelve years, I am pretty confident that Americans would just not respond with the social discipline which South Koreans have shown. Watching no less than U.S. President Donald Trump continue to shake hands with people during his latest press conference nicely illustrates how truculently Americans will respond to the government telling them what to do. Many Americans would see the government’s role in South Korea as too overbearing, such as its intrusions on privacy or the sanctity of faith communities. For example, once it was established that a South Korean church in Daegu was spreading the virus because it refused to follow protocols, the South Korean government moved rapidly to track down its hundreds of thousands of members to test them all. There would have been a backlash to this in the U.S., whereas in South Korea, people have called for the church to be prosecuted for spreading the virus. More generally, South Koreans have a pretty strong sense of community which the government has been able to mobilize to achieve collective action which I honestly doubt Americans could muster. The U.S. is far more fractured and contentious, plural and diverse. Civil libertarians on the left and libertarians and gun enthusiasts on the right, for example, oppose a national identity card and number in the U.S. That is ubiquitous in South Korea and makes tracking and service provision in a national emergency so much easier.

Finally, and this must be said, the leadership gap between the two countries is yawning. Moon, like Trump, has strong ideological beliefs and faces an upcoming election. (South Korea’s legislative elections are next month.) But Moon has shown a far greater willingness to take corona seriously and allow experts to run the response. There has been nothing here like Trump’s dithering over the last month, or his bizarre public announcements that this will just go away soon or is under control. Nor has there been anything as unhinged as the conspiracy theorizing so widespread on Trumpist media. South Korea lives right next to North Korea and China, yet no one is suggesting here that it is a bioweapon from them. Nor is anyone is suggesting this is all just a big overreaction to something that is akin to the flu.

Indeed, as someone who is living right now through what America will be like in the next few months, I am actually quite worried about the state of corona discourse on the Trumpist right back home. Corona is going to get a lot worse in America soon, and the amount of misinformation and silliness out there is pretty unnerving.

Robert E. Kelly is a professor of international relations in the Department of Political Science and Diplomacy at Pusan National University. This article first appeared last month and is being republished due to reader interest.