South Vietnam Went Out With a Fight...Against China 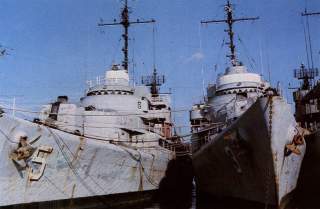 Beijing quickly realized the situation was changing in their favor. Communist forces already controlled the northern half of the archipelago.

Image: Two Casco-class cutters of the Navy of South Vietnam after their escape to Subic Bay, Philippines, circa in 1975. U.S. Navy via Wikimedia Commons.