SR-71 Blackbird: The Fastest Plane Ever (Check Out the Documentary) 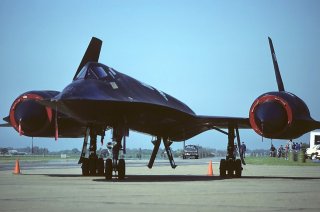 You may know the story of the SR-71 Blackbird, a plane developed in Lockheed Martin’s Skunkworks in the 1960s that remained part of the U.S. arsenal until the late 1990s. It’s a famous story- but the story of a documentary made about the plane is pretty intriguing on its own.

According to a story late last year by The Aviationist, film producer Todd Hervey heard that an SR-71 Blackbird was being moved from the soon-to-be-defunct Virginia Aviation Museum to Science Museum of Virginia. So Hervey decided to make a documentary, both about the history of the SR-71 itself and about the museum move.

This led to his short documentary “Blackbird: Legacy of Innovation,” which premiered at the museum itself. Not long after, the 60-minute film was picked up and carried around the country, mostly by public TV stations, in 2018 and 2019.

Hervey ended up winning an Emmy award, as director of photography, for his work on “Blackbird.”

“How is it possible that the world’s fastest and highest-flying aircraft was designed and built in the 1960s?,” the trailer for the documentary asks. “We’ll go inside the story of how the CIA and a group of intrepid engineers did the impossible six decades ago, and find the lessons we can apply today.”

“The engineering team had to not only figure out a plane material that could handle the extreme temperatures generated by airflow friction at such a high speed, but also develop an engine that could provide the necessary thrust,” the official description for the film says, adding that it fits the story into the “larger history” of the CIA reconnaissance program.

"I’m really lucky. It created other possibilities, and it became much bigger than I hoped. To have something get that big, a lot of it is also because of the existing Blackbird community. It’s Elon Musk’s favorite plane,” Hervey told The Aviationist.

“For something that was not incremental, it fundamentally changed not only how we thought about collecting reconnaissance, but it actually changed what we knew at the time about aerospace design and aerospace dynamics,” Sean Roche, Associate Deputy Director for Digital Innovation at the CIA, told the website.

“A lot of younger folks were shocked to hear this thing was designed and built in the 60’s. That is the thing that still amazes people today and inspires them. It inspires them, it teaches them, and all the people who worked on it are gone, but they really left us with an incredible legacy”.

The entire film can be watched here, on the website of Southern California public television station KCET.