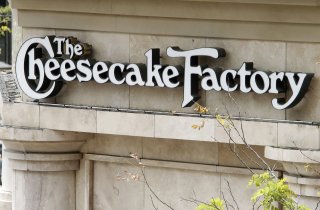 As the coronavirus pandemic has forced the closure of most businesses in the United States, the unemployment rate has skyrocketed to historic highs, with over seventeen million Americans unemployed and growing. The most immediate crisis, besides public health, is an inability for millions of Americans to pay their bills. While numerous actions have been taken to address mortgage borrowers, renters have been left in the dust.

According to the National Multifamily Housing Council, 31% of renters have not paid their rent in the first week of April. This is up from the 20% norm. This crisis was meant to be avoided by the federal government’s inclusion of a one-time $1,200 check for most Americans in the latest stimulus package, but it is expected to take weeks before any receives this money. This will be far too late for many people who can no longer afford where they live.

While individuals are left in the lurch, large companies are choosing to take advantage of foreclosure moratoriums to throw their weight around. Both Staples and the Cheesecake Factory have announced that they will be refusing to pay rent on their locations for the month of April.

Staples, the office supply chain which remains open due to it being an essential service, communicated their unilateral decision to landlords in the past 96 hours. “They basically told me it was my problem," one landlord informed Axios, who broke the story. "They're taking advantage of a crisis—we're not allowed to do evictions right now and, even if we could, imagine the PR nightmare of kicking out an 'essential service.'"

Despite this refusal to pay rent for either April or the month of May, Staples is demanding that landlords continue to maintain services such as sanitation and maintenance. For the reasons previously described, this puts property owners in a lurch, unable to react to tenants who are refusing to pay.

Staples has refused press inquires from multiple media outlets to explain its decision. It has not explained any kind of deferral methods or if it planned to repay their landlords in the future.

The company was joined by the Americana restaurant The Cheesecake Factory, which has said it will also not be paying April rent due to the “tremendous financial blow” of the coronavirus-caused lockdown. While The Cheesecake Factory, like all restaurants, has been forced to close their dine-in services, its locations remain open and are serving customers through deliveries.

Smaller-scale businesses are taking similar measures. Retail stores and service employees have been the hardest hit by the market crash. Unlike the previous examples who are refusing to pay, smaller chains find themselves unable to do so and are likely to shut down permanently. Unless the situation changes, it’s expected that most of America’s malls will be in default in a matter of months.