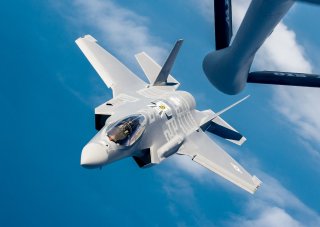 The test, which was conducted by the Norwegian Defense Material Agency (FMA or Forsvarsmateriell), used the F-35A test aircraft AF-1 to evaluate the JSM, which is being developed by the Norwegian-based firm Kongsberg Defense & Aerospace (KDA). The new missile, which had been developed in a partnership with the Norwegian Ministry of Defense, is reported to be the only powered anti-ship missile able to currently fit inside the F-35A and C variants. It can target long-range sea and land targets.

Two of the multi-role weapons, derived from the Naval Strike Missile (NSM), can be carried internally, while additional missiles could also be carried on the external wing pylons – when the aircraft operates in its so-called "beast mode" or "bomb truck mode"

It has a range that is believed to be in excess of 150 nautical miles, and its use of advanced materials provides a low radar cross section (RCS) while it has also been demonstrated to have high maneuverability, speed and accuracy. The missile would thus increase the capabilities of the Joint Strike Fighter.

It was previously used in air-dropped tests from an F-16 in 2015, David Ceniotti of TheAvationist reported.

The test launch was part of the JSM integration program and was carried out in close cooperation with the F-35 Joint Program Office as well as U.S. authorities, according to NavalNews.com.

The Norwegian Defense Material Agency released photos of the successful test last week, and those were shared on the social media service Twitter. It showed the JSM carried in the internal bay of the AF-1 test aircraft.

"With this first airdrop, we checked that JSM was separated from an F-35A in a safe manner. We used an instrumented aircraft for this test," said Brigader Jarle Nergård, head of the F-35 department at FMA.

"This aircraft is also equipped with three cameras inside the weapons bay and has mounted a separate camera pod on the wing with three more cameras," added Nergård. "In order to be able to analyze exactly what is happening, both the aircraft and the JSM missile are marked with special photo marks that are accurately positioned."

Testing of the JSM had taken place over the course of last year, and it began with drops from a parked aircraft on the ground with the test prototype falling into a foam rubber pit.

During the recent test the missile was reported to be instrumented so that all telemetry data was recorded and sent back to the team on the ground. Additionally, the F-35A was shadowed by a two-seat F-16D, which allowed a camera operator to record the separation of the JSM from the test aircraft for analysis by the Norwegian team.

Additional tests will be conducted with the JSM on the external wing pylons of all variants of the Joint Strike Fighter, as well as on F/A-18E/F Super Hornets. The Japan Air Self-Defense Force has also selected the JSM for its F-35A aircraft. Norway is reportedly expected to declare initial operational capability (IOC) of the platform in 2023.