Stealth Killer? Russia's Sixth-Generation Fighter Might Have a "Radio-Photonic Radar" 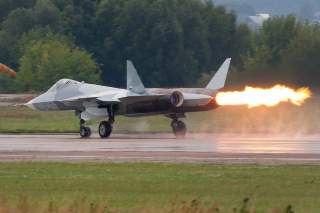 Russia’s future sixth-generation fighter well as its next generation unmanned aircraft could be equipped with what is described as a “radio-photonic radar.”