Stealth Nightmare: Is the F-35 Unable to Fight? 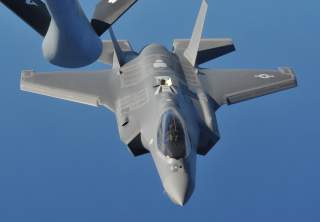