Stealth Questions: What's the Difference Between F-35A and F-35B? 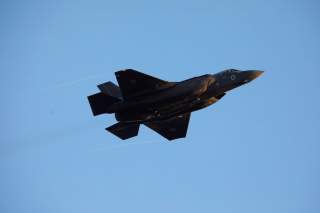