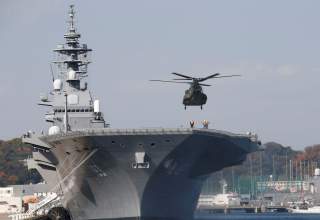 Key point: Tokyo's use of flatops with fixed-wing planes is major step towards power projection.

David Axe serves as the new Defense Editor of the National Interest. He is the author of the graphic novels War Fix, War Is Boring and Machete Squad. This article first appeared earlier in 2019.