Stoner 63: A Modular Gun That Was Simply Ahead of Its Time 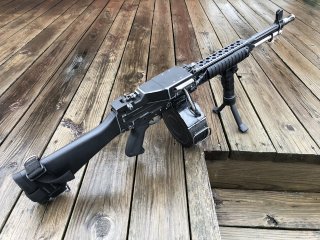 Gun designer Eugene Morrison Stoner (1922-1997) hit a perfect bull's eye with his AR-15/M-16 design, but he didn't immediately get there the first time out. In fact, during his career, Stoner had a few minor successes and even a few misses before the Army adopted the AR-15 to replace the M-14.