The Strange Story of How Nazi Fighter Planes Save Israel 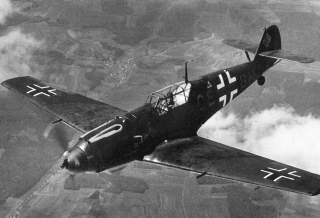 This seemingly minor raid is credited by some as having preserved “the existence of Israel as we know it.” This is far from certain. While many see the column’s halt as marking the turning point of the war, it is debatablewhether the Egyptian force even intended to enter Tel Aviv.

On June 8, American Machal Gideon Lichtman and Alon engaged their Messrs against four Egyptian Spitfires on a bombing mission in an ironic rematch for the two types that had battled over England eight years earlier. Lichtman’s guns shot one of them down.