The Strategic Problem of ‘Persistent Surveillance’ 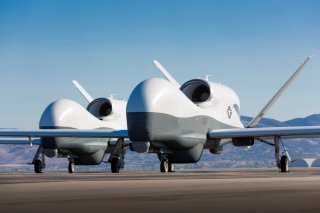 Perhaps today more than ever, given the advent of more multi-domain tactics, new platforms, longer-range, high-fidelity sensors and precision-strike weapons enabled by modern Command and Control technologies, there is what’s described as an “insatiable” appetite for intelligence, surveillance and reconnaissance on the part of Navy and Corps Commanders.

The new strategy, known as the Advantage at Sea: Prevailing With Integrated All Domain Naval Power, discusses possibilities for armed drones, undersea sensing and attack and overhead surveillance from both fixed-wing platforms as well as unmanned systems.

What might this mean? A number of things most likely, such as massive amounts of new undersea, surface and air drones, surveillance planes and newer tactical approaches intended to bring the Navy’s Distributed Maritime Operations strategy to life. There are a variety of platforms well suited to help rapidly evolve this concept of operations, some of them specifically cited in the strategy paper such as the P-8 Poseidon sub-hunting surveillance plane. The document explains that surveillance technologies will “help us collect, analyze, and produce timely intelligence. Our networks, battle management aids, and data infrastructure will connect with other joint networks. Combining many informational inputs into a common, actionable operational picture will enable our forces to act more quickly and effectively than our competitors.”

This strategy relies upon advanced command and control, dispersed yet networked forces, artificial-intelligence-enabled data analysis technologies and virtually every kind of unmanned systems. The Navy MQ-4C Triton, for example, is engineered with specifically configured maritime sensors to provide a persistent “operational eye” on ocean activities from higher-safer altitudes with much-extended mission endurance and dwell time. Given the Triton’s performance, particularly in geographically expansive maritime regions such as the Pacific, it does seem surprising that the 2022 budget request does not include funding for the Triton Program. Newer kinds of data analysis and transmission, enabled by advanced command and control and advanced artificial-intelligence-empowered algorithms, might make platforms like the MQ-4C Triton as capable in some respects as the much larger, less stealthy and more vulnerable manned P-8 Poseidon. The Navy is thinking about these questions with a mind to maritime surveillance.

The surveillance priority outlined in the strategy also called for improved “Integrated Undersea Surveillance System infrastructure and mine warfare capabilities,” an intent which includes efforts to “build unmanned underwater vehicles for surveillance and strike,” according to the strategy.

This emphasis is well supported by a number of rapidly evolving undersea drone programs now progressing into new stages of development and more closely approaching operational service. This includes a wide sphere of systems to include mine hunting and attacking drones such as Raytheon’s Barracuda engineered to not only detect mines but also detonate explosives to destroy them. There are also large undersea drones such as the Navy’s prototype eighty-foot long, mini-submarine-like ORCA drones, which Sea Power Magazine reports will likely lay mines. A possibility not mentioned in the Sea Power report is that it would not be surprising if Navy innovators explored the possibility of arming the ORCA with Torpedoes, of course, fired only under human direction.