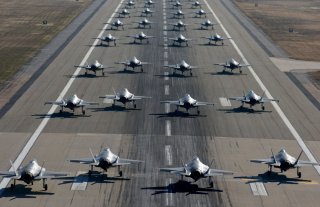 Key point: Elephant Walks are good way for the Air Force to practice launching a ton of planes in a hurry.

David Axe edits War Is Boring. He is the author of the new graphic novels MACHETE SQUAD and THE STAN. This first appeared in November 2018.