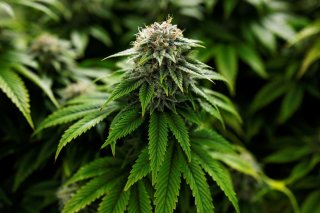 A large study out of Canada suggests that children born to mothers who used marijuana while pregnant are one and a half times more likely to have autism.

In settling on the study’s conclusions, which were published in the journal Nature, researchers from The Ottawa Hospital in Ontario, Canada, examined more than 500,000 births from April 2007 to March 2012.

In 2,200 of the pregnancies, the mothers admitted they used marijuana without mixing it with tobacco, alcohol or opioids. The study determined that there was “an association between maternal cannabis use in pregnancy and the incidence of autism spectrum disorder in the offspring.”

“The incidence of autism spectrum disorder diagnosis was 4.00 per 1,000 person-years among children with exposure compared to 2.42 among unexposed children, and the fully adjusted hazard ratio was 1.51,” the study stated.

According to the study’s authors, some of the women chose to use cannabis for pain management and to avoid medications they saw as being harmful to their baby.

This particular study did not specify the amount and type of marijuana the women used during pregnancy.

The number of pregnant women who use marijuana is appearing to be on the rise, amid the fact that weed is becoming legalized in more states and is now more socially acceptable. One recent study by the National Institute on Drug Abuse discovered cannabis use among pregnant women more than doubled between 2002 and 2017.

Past studies have revealed that using marijuana during pregnancy is linked to low birth weight, impulsivity, hyperactivity, attention issues and other cognitive and behavioral issues in children, according to the U.S. Centers for Disease Control and Prevention.

One study found that pregnant women who use marijuana have about two and a half times greater risk of stillbirth.

“Pregnant women or women contemplating pregnancy should be encouraged to discontinue use of marijuana for medicinal purposes in favor of an alternative therapy for which there are better pregnancy-specific safety data,” The American College of Obstetricians and Gynecologists stated in its recommendations.

“There are insufficient data to evaluate the effects of marijuana use on infants during lactation and breastfeeding, and in the absence of such data, marijuana use is discouraged.”

Just last week, smoking marijuana was found to have the potential to damage the heart and blood vessels, “trigger” cardiovascular events and “interfere with prescribed medications,” according to a statement by the American Heart Association that was published in the journal Circulation.