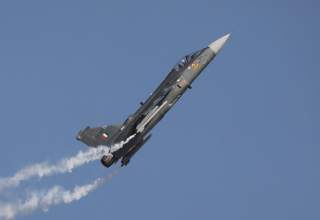 Key point: India is growing as a naval power and that means having more planes to use on its carrier. The successful landing of a Tejas is a step in that direction.

Sébastien Roblin holds a Master’s Degree in Conflict Resolution from Georgetown University and served as a university instructor for the Peace Corps in China. He has also worked in education, editing, and refugee resettlement in France and the United States. This first appeared in 2020.