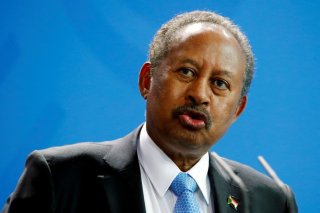 Sudanese General Abdel Fattah al-Burhan, who led the coup, disbanded the country’s ruling Sovereignty Council in favor of personal rule. This week, however, he reportedly held discussions with Abdalla Hamdok, the former prime minister that the coup plotters imprisoned after he refused to cooperate with the military. Hamdok was later placed under house arrest at his home in Khartoum.

A UN official reported that progress had been made in the talks, but several outstanding issues had not been resolved, placing the likelihood of a final agreement in doubt. However, an anonymous UN official indicated that the broad outline of an agreement between the military and civilian factions would soon be presented.

Prior to the coup, Sudan, which overthrew dictator Omar al-Bashir in early 2019 after prolonged civilian protests, was widely regarded as a rare success story of the broader “Arab Spring” pro-democracy movement. Although tensions had existed between the military and civilian authorities after they agreed to a dual power-sharing agreement, the country had steadily made progress on its planned transition toward democratic rule, with elections scheduled for 2023 and members of the military being asked to step down afterward.

One factor in Burhan’s negotiations has likely been the international response to the coup d’etat, which has been overwhelmingly negative. The United States immediately froze $700 million in aid to the country, and the World Bank also suspended its programs in the country. The country was also suspended from the African Union—the third such suspension from that organization this year for a military coup, after earlier takeovers in Mali and Senegal.

Hamdok suggested on Monday that his government’s reinstatement would lead the way to a solution in the country that would help to restore the transition and resume the country’s international aid programs.

Proposals under discussion include a new separation of powers that would give the military, which has historically enjoyed primacy in Sudanese politics, a greater share of authority in the country after the transition.

A second proposal under discussion is the reformation of the country’s Sovereignty Council, giving greater representation to the military.