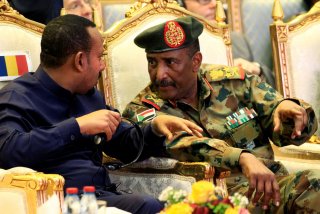 General Abdel Fattah al-Burhan, the Sudanese military leader who overthrew the country’s transitional government on Monday, October 25, announced that he would appoint a “technocrat” to the position of prime minister, theoretically restoring the country’s military-civilian balance established after the 2019 ouster of longtime dictator Omar al-Bashir and preserving Sudan’s ongoing transition to democracy.

The general announced the development in an interview with Russian news agency Sputnik, confirming that the new prime minister would then form a cabinet that would resume sharing power with the armed forces, in accordance with the previous roadmap towards Sudanese democracy.

“We have a patriotic duty,” Burhan told Sputnik, “to lead the people and help them in the transition period until elections are held,” reaffirming his commitment to the country’s transition and insisting that Sudan’s scheduled 2023 legislative elections would be held as scheduled.

Burhan also claimed that the country’s protests, which have triggered thousands of Sudanese to occupy streets in Khartoum until the civilian government is reinstated, would not be interfered with as long as they remained peaceful. However, Burhan’s troops have not been so informed; at least nine Sudanese civilians have so far been killed in clashes with putschist security forces.

Burhan has described a future prime minister as a “nonpartisan technocrat,” although a list of candidates has not been prepared for the position.

Burhan’s new prime minister will replace Abdalla Hamdok, a Sudanese former UN official who led the country as its head of government from 2019 until his overthrow on Monday. Following his arrest for refusing to cooperate with Burhan’s coup, Hamdok was released to his home, although Burhan confirmed that he remains under guard—ostensibly for his own safety.

Burhan has defended his actions on the basis that they were necessary to preserve peace and stability in Sudan, noting that in the weeks leading up to the coup, the country had experienced divisive protests criticizing the military’s role in the government. In spite of these defenses, the international community has overwhelmingly rejected his takeover, characterizing it as a coup d’etat. The UN and the Arab League have condemned it, while several governments and institutions, including the United States, Germany, and the World Bank, have suspended aid payments to the country until the civilian government is restored. The African Union, of which Sudan is a member, also suspended its membership earlier in the month until Hamdok is reinstated.