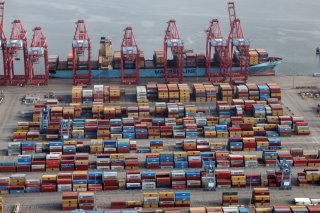 Supply chains constructed during a brief period of supposed international calm, when business leaders were told that the day of classical economic theory had finally arrived, will now have to change to match the reality of renewed great power competition. As Joseph Schumpeter observed at the start of the first Cold War, “We have seen that the industrialist and merchant, as far as they are entrepreneurs, also fill a function of leadership. But economic leadership of this type does not readily expand, like the medieval lord’s military leadership, into the leadership of nations. On the contrary, the ledger and the cost calculation absorb and confine.” But this does not mean stagnation. Capitalism is the best system to handle the dynamism of the real world to provide what is needed, including security. Indeed, Schumpeter believed that capitalists would have to strengthen rather than undermine the “steel frame” of their national community to retain their legitimacy. And he was right. No fanciful academic theories or wishful thinking about a different world gives them a pass during great power competition.