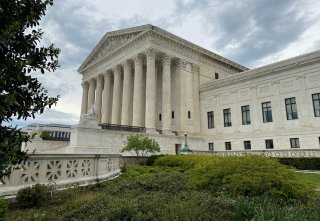 For example, in the context of education, Cohen focuses on the case of San Antonio Independent School District v. Rodriguez (1973). In that case, parents sued Texas arguing that funding its public schools through property taxes was wealth-based discrimination and that the poor were therefore deprived of equal protection. Relevant to Cohen’s discussion of that case, the Court held that the poor were not a “suspect class” such that laws that impact the poor deserve heightened judicial scrutiny. Cohen laments the Court’s holding and notes that it prevented the Courts from imposing a variety of policies such as busing and affirmative action on public schools. Do these policies actually work? Cohen does not say, but notes that busing became popular later.

More to the point, think of how ironic it would be to treat poverty as a “suspect classification” similar to race, nationality, or gender. Traditionally, the Court has reserved its highest levels of review for laws that differentiate based on an immutable characteristic such as those. In fact, most individuals undoubtedly hope to lift themselves and their families out of poverty in an effort to achieve the American Dream.

A Renewed Push to Give Special Status in Voting Rights Cases, Especially Those at the Intersection of Criminal Justice Reform Measures

But the potential for wealth-based status to receive special protection and some form of heightened scrutiny received renewed attention this last election cycle, at an interesting intersection of voting rights and our criminal justice system. In 2018, Florida voters passed Amendment 4, a ballot initiative that restored “the voting rights of Floridians with felony convictions after they [had] completed all terms of their sentence including parole or probation.” Certain exceptions for murder and sexual offenses applied.

The Florida Legislature passed enabling legislation the following year clarifying that “all terms of their sentence,” included fines, fees, costs, and restitution imposed as part of the criminal sentence.

One of the major issues (though there were many) throughout the litigation revolved around the appropriate level of scrutiny that the courts should apply. The district court applied heightened scrutiny at both the preliminary injunction and merits stages of the litigation. And a three-judge panel of the Eleventh Circuit Court of Appeals also applied “some form of heightened scrutiny” to uphold the district court’s grant of the Preliminary Injunction, prohibiting Florida from enforcing their law.

The entire Eleventh Circuit, sitting en banc to review the district court’s merits determination, made clear, however, that rationale basis review must apply. In an opinion authored by Chief Judge William Pryor, the Court said that in this case, the “only classification at issue is between felons who have completed all terms of their sentences, including financial terms, and those who have not. This classification does not turn on membership in a suspect class: the requirement that felons complete their sentences applies regardless of race, religion, or national origin.” Thus, rationale basis review was appropriate. And the Court found that the law passed that deferential review.

In a thorough concurrence adding additional explanation about why rationale basis review was appropriate, Judge Barbara Logoa said it is:

well settled: indigency is not a suspect class. Nor could it be. As Justice Harlan noted, “[e]very financial exaction which the State imposes on a uniform basis is more easily satisfied by the well-to-do than the by the indigent.” Douglas v. California, 372 U.S. 353, 361 (1963) (Harlan, J. dissenting); accord Lewis v. Casey, 518 U.S. 343, 376 (1996) (Thomas, J. concurring). Under any view that indigency was a suspect class under the Fourteenth Amendment, “regulatory measures always considered to be constitutionally valid, such as sales taxes, state university tuition, and criminal penalties, would have to be struck down.” Lewis, 518 U.S. at 376 (Thomas, J. concurring) (citing Douglas, 372 U.S. at 361-62 (Harlan, J., dissenting)).

Unfortunately for Cohen’s readers, while he rages against statements such as these, he really doesn’t offer any substantive counterargument—if indeed there is any that can be offered. Because of this, Cohen’s book is of little use to any audience. Conservatives will likely disagree with many, if not most, of his positions, but because he fails to engage in substantive arguments, they’re likely to be unpersuaded. And because he provides no practical advice (after all, you can’t lobby unelected judges) to progressives who might dislike these decisions, they’re unlikely to find the book worthwhile either.

And while Cohen does a good job of walking readers through many landmark Supreme Court cases of the last fifty years or so—albeit it with a heavy partisan gloss on them—intellectuals and academics who study law and the courts in greater detail than the average person will simply conclude that Cohen’s shallow analysis isn’t meant for them.

So really, the only reason to read Adam Cohen’s Supreme Inequality is if you have ever wondered what it would be like to be a revolutionary. Make no mistake, that’s exactly what Cohen proposes in his book. Rather than our current method of democratically electing representatives who pass laws that must be approved by an elected president, he prefers rule by a junta of nine robed, unelected, life-tenured lawyers promoting (only) his preferred “egalitarian” policy preferences.

Thankfully, Supreme Court Justices have in many areas declined his invitation to a judicially-created revolution. And we must do the same.

Zack Smith and GianCarlo Canaparo are Legal Fellows in The Heritage Foundation’s Meese Center for Legal and Judicial Studies.