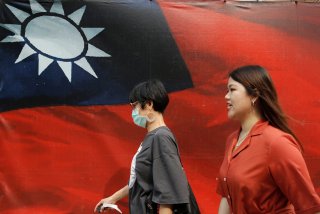 Taiwan formally applied on Thursday to join the Comprehensive and Progressive Agreement for Trans-Pacific Partnership (CPTPP), a trade pact among a number of Asian countries.

The pact is a successor agreement to the Trans-Pacific Partnership (TPP), a proposed free trade agreement between the United States and many of its international partners in Asia and the Pacific, including Australia, Japan, and Vietnam. That agreement became a political football in the United States during the 2016 election, with candidates Bernie Sanders and Donald Trump separately attacking it for its alleged negative effect on American job creation. After entering the Oval Office in January 2017, Trump immediately canceled America’s participation in the pact.

The CPTPP is similar in many ways to the original TPP; its members include Canada and Mexico in the Americas and Japan, Vietnam, Australia, and New Zealand in the Asia-Pacific region. Taiwan’s application comes roughly a week after China’s own application—a step regarded as ironic, as the TPP was originally formulated as a hedge against Chinese commercial domination of Asia.

Accession to the pact requires unanimous agreement among its existing members, which Beijing is far less likely to receive than Taipei.

Taiwan’s application was welcomed by Japan, leading to diplomatic tensions between Tokyo and Beijing. On Friday, China’s ambassador in Japan lodged a formal protest, arguing that the country’s actions undermined China’s authority over Taiwan, which it claims as a renegade province. The Chinese embassy urged Japan to “carefully” handle the issue, being mindful of the possibility of damage to the two nations’ ties.

The United States has not made a significant effort to join the trade pact. President Trump described it as a “potential disaster” and the U.S. withdrawal as a “great thing for the American worker.”

Despite pressure from strategists, the Biden administration has also been slow to join, given the president’s ties to labor unions, which have tended to oppose the agreement.

When pressed for the State Department’s view on the situation, spokesman Ned Price noted that the United States, as a non-member, had no authority in the pact’s decision. However, he pointed out that "Taiwan's record as a responsible member of the World Trade Organization, and [its] strong embrace of democratic values, would factor into the CPTPP parties' evaluation.”

Price also urged Beijing to “cease its military, diplomatic and economic pressure against Taiwan” and instead address its differences with the island through diplomacy.