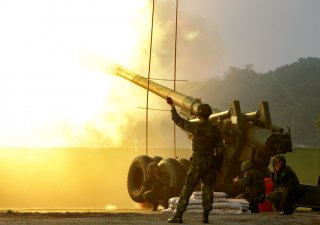 The document is not unlike the American Department of Defense’s annual Military and Security Developments document focusing on China, and there are similar threats that run through both.

One of the first points brought up in the Taiwanese document is China’s Intelligence, Surveillance, and Reconnaissance capabilities, which are substantial.

“The PLA is capable of enhancing its ISR capabilities by using multiple ISR assets, such as reconnaissance satellites with high resolution optics and radar surveillance, constantly deployment of spy and electronic intelligence (ELINT) boats in the neighboring waters of the Taiwan strait, and irregular patrols of reconnaissance aircrafts as well as UAVs,” the document explains, and highlights that even Taiwan’s intelligence gathering might be known.

“Furthermore, with its multi-domains means through land, maritime, air and space, its coverage of intelligence gathering will be amplified, and our military activities as well as intelligence preparation of the battlefield (IPB) will be monitored,” according to the document.

If Beijing were to launch a military operation against Taiwan, then the island nation would almost certainly require foreign assistance, likely from the United States. In light of this knowledge, China is acquiring the ability to deny foreign forces access to the area surrounding Taiwan via area denial weapons.

Take all together, these activities “posing a military intimidation to the neighboring countries in the Indo-Pacific region, are to deny any interventions by foreign forces across the first and second island chains,” according to the document.

Perhaps one of the document’s scariest conclusions is in a time of crisis, China would be able to cut off Taiwan from the outside world.

“At present, the PLA is capable of performing local joint blockade against our critical harbors, airports, and outbound flight routes, to cut off our air and sea lines of communication and impact the flow of our military supplies and logistic resources as well as our sustainability for operations,” according to the document.

Although there are not necessarily any major revelations in Taiwan’s latest defense assessment document, the analysis provided nevertheless underscores just how precarious Taiwan’s position on China’s doorstep is—and how unlikely it is to change. Barring outside help, most likely from the United States, Taiwan faces a grim future.