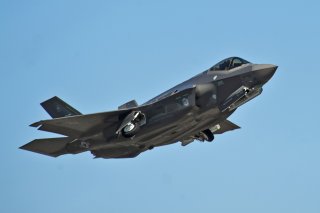 Several Pentagon reports and think tank studies have raised the question of whether Taiwan could quickly be taken over by China, creating a “fait accompli” wherein any effort to remove occupying Chinese forces by force could introduce potentially unprecedented and catastrophic consequences.

Much of this points to a simple, self-evident question: Could American, Japanese, South Korean and Australian forces get there fast enough? Could there be an effective, coordinated multi-domain response within the crucial window afforded during a Chinese attack? How quickly would a Chinese attack be detected? How far away are response forces?

This question may explain recent warnings about China’s growing military strength and the need for a credible deterrent force. Perhaps this is why leaders from Secretary of Defense Lloyd Austin, Air Force Chief of Staff Gen. Charles Brown, and Army Chief of Staff Gen. James McConville all cite China as a pacing threat to the United States and its allies.

It may be the case that a full-scale deterrence posture might not only be necessary but also the only true option when it comes to stopping China. A cursory look at the geography, force posture, and available war assets in position to respond to Chinese invasion suggests that a rapid takeover does appear realistic. The prospect of a fait accompli, however, presumes that U.S. and allied forces were not able to defeat or delay a Chinese air-sea attack quickly enough. Should that happen, the United States and its allies would face a much different scenario.

The best hopes may reside in an effective deterrence posture. That would require U.S. and allied ability to leverage air superiority, deploy power-projecting forces such as aircraft carriers, and utilize networked air and missile defenses in position to blunt an opening salvo of Chinese ballistic missiles fired at Taiwan.

The hope is that U.S. intelligence and allied surveillance in the form of undersea and aerial drones, submarines, and satellites might discover preparations for an invasion early enough to position a response. If allied air superiority is quickly established and the Chinese Air Force is less dangerous than its naval and ground forces, there may indeed be hope that a major invasion could be stopped before reaching the shores. Given that Taiwan is merely one hundred miles off the Chinese coast, this is a tall order. It may simply be a question of time.

Any successful Chinese invasion would require air and sea superiority. An amphibious assault carrying large numbers of Chinese troops and heavy armor would likely need to be destroyed from the air to prevent a fait accompli.