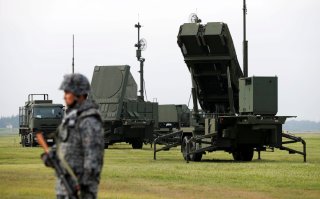 Last week, the United States approved a possible sale of $100 million worth of military equipment and services to Taiwan. If it is completed, the deal will include engineering services to support legacy Guidance Enhanced Missiles (GEM) and Patriot Advanced Capability-3 (PAC-3) missiles.

Taiwan is seeking to enhance its air defenses as the People's Republic of China continues to sortie combat aircraft into the self-governing island's air defense identification zone (ADIZ).

According to the recent "Global Missiles and Missile Defense Systems Market 2021-2031" report from international data analytics firm GlobalData, Taiwan is expected to spend approximately $6.1 billion on missiles and missile defense systems between 2021 and 2031.

In addition to the TK-3, Taiwan's acquisition of short-range air defense systems, including the U.S. Stinger FIM-92H and the indigenously developed Sea Oryx naval system, is also expected to boost the country's air defense network. Taiwan is further enhancing its strike capability by acquiring other advanced missiles.

"As the Patriot constitutes a key component of Taiwan's air defense network, its up-gradation and maintenance are of utmost importance," explained an analyst at GlobalData.

The need for Taiwan to modernize its air defense infrastructure has been primarily fuelled by China’s frequent incursions into its ADIZ. In January, China sent thirty-nine warplanes into Taiwan’s ADIZ in its second-largest incursion on record.

The warplanes in last month’s incursion included twenty-four J-16 fighters, which experts have said is among China's favorite jets for testing Taiwan's air defenses,­ as well as ten J-10 fighters and one nuclear-capable H-6 bomber.