Taiwan Must Be Admitted to the World Health Organization 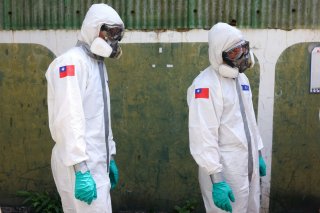 Taiwan is for all intents and purposes an independent country. But it finds itself in one of the most peculiar situations diplomatically: despite being a wealthy, advanced economy with an entrenched democratic culture, it lies entirely outside the United Nations system. And so, despite having had perhaps the most effective response to Covid-19 of any country in the world, it is not a member of the World Health Organisation (WHO), and it is indeed barred from joining. This is clearly absurd.

Taiwan’s unusual situation owes to its fraught history with the People’s Republic of China. It is well known that the two political movements that founded the two respective countries started out as the main parties of a civil war in China, before, during, and shortly after World War II. But what perhaps still escapes our notice sometimes is that that civil war has not produced a settled outcome and that Taiwan has not declared independence—Instead, it maintains that it is the same sovereign state that ruled over the Chinese mainland prior to the Communist Party taking over control. So, the Taiwanese government has not declared independence because it believes that it cannot declare independence from itself. While the People’s Republic on the mainland sees Taiwan as a natural part of its jurisdiction that is being governed by the rump of an administration which it has supplanted.

Despite all that, the naked reality is plain to see for everyone. Taiwan is a different country from China in the same way that Singapore is a different country to Malaysia. It is only something akin to superstition that prevents the government of Taiwan from declaring its independence, while Beijing still hopes to one day absorb a territory that is a huge strategic threat while it continues to be governed by forces hostile to it.

Yet, without wading into the political sensibilities and superstitions of politicians in Beijing and Taipei, we can nevertheless observe the absurdity that one of the wealthiest, most technologically advanced countries in the world, and one of the most successful democracies in Asia, lacks any normal diplomatic presence on the world stage.

And nothing highlights that absurdity more than the fact that Taiwan is blocked from being a member of the World Health Organisation, despite the fact that it has had such an effective response to the pandemic that it would embarrass almost every other country in the world. A year after the start of a pandemic that killed over 3.2 million people, Taiwan has only had 1,100 cases and twelve deaths. At the time of writing in May 2021, Taiwan has not had over ten new infections in a day since the beginning of December 2020. Those numbers are half of New Zealand’s, despite having a population over four times larger, being located right next to China, and having been one of the first countries exposed to the virus.

We have already debated China’s objections to the WHO talking to Taiwan just over a year ago. The politics of the situation are effectively impossible. Nothing about that has changed since then. And until Taiwan declares independence from China in earnest, it will not be able to join any of the UN structures as a full member. But simply on the plain technical merits of what Taiwan would be able to contribute to the world in terms of its pandemic response, it is absurd, and indeed, self-defeating, for all of us that Taiwan is not even an Observer in the WHO, and that the technocrats administering the WHO are simply not allowed to talk to anyone from Taiwan, because of Beijing’s objections. Innumerable lives could have been saved if the WHO would have been talking to Taiwan since the beginning, and many more lives will be lost while Taiwan continues to be shunned. Human lives should be more important than the tantrums of the Chinese Communist Party.