Is Taiwan's Military Really Ready to Take on China? 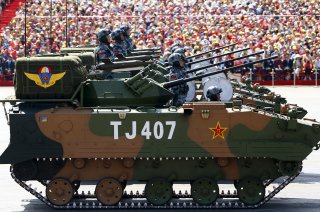